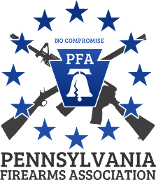 Gun owners have seen their gun rights come under such blistering attack in Pennsylvania in recent months that some may be tempted to think that there is no stopping Gov. Wolf’s war against the Second Amendment.  But that’s simply not the case.

The truth is that the war against the Second Amendment has been allowed to progress as far as it has in the Keystone state because grassroots gun owners have not been well-organized in Harrisburg for a very long time.  Sure, the Democrats in the House and the Senate hate gun owners and have made it clear that they want to see Pennsylvania become the next New York.  We all know that.

But it’s also a fact that gun owners have been repeatedly stabbed in the back by the Republicans in Harrisburg, as well.  Republicans passed last year’s horrible gun-control bill, House Bill 2060, and Republicans last year very nearly passed Red Flag Gun Confiscation Orders.  As anyone who follows gun politics will tell you, the Republican fail-safe that gun voters have historically relied upon has been failing in states all across America, most notably in states like Ohio, Florida and others. If gun owners across Pennsylvania are going to stop Republicans in Harrisburg from following suit, gun owners need to become a lethal political fighting force.

What about the other gun groups?

There are some groups that do a great job at educating people about gun safety, attending gun shows and even monitoring the political process.  But the fact is, gun owners need an attack dog.  They need an organization that will fight back against anti-gun lawmakers with as much ferocity as they use in attacking us.  That is the Pennsylvania Firearms Association.

We don’t care if you are a Republican, Democrat, Independent, the Governor himself, or a newly elected freshman — if you come after our gun rights, we will be aggressively coming after you.  Can gun owners throw out gun grabbers in the deep blue seats of Philly or Pittsburg? Maybe not. But we don’t have to.

As we grow and have the means to do so, we will expose the weakest anti-gun incumbents in both caucuses and hammer them in their districts with everything we have.  Gun owners in our state are not feared, and as a result are not respected. That lack of respect has allowed far too many attacks on our gun rights by Republicans to go unanswered.

It’s time that lawmakers in Harrisburg fear gun owners again — or pay a steep political price for their betrayals.  If you are sick of Harrisburg warring against gun owners, I hope you’ll join us.  If you are tired of weak organizations that seem to focus more of their time on getting ‘selfies’ with lawmakers than fighting for you, I hope you’ll join us.

And if you want to be a part of the hardest hitting, no punches pulled, absolutely unapologetic gun rights organization in Pennsylvania, I hope you’ll join us!