The Left Hates You

Years ago, it was possible to find a few ‘blue dog’ Democrats in Harrisburg — and in D.C. — who would vote with gun owners and actually cared about the Second Amendment.

But those days are over.

From the White House to the State Capitol, today’s radicalized, Communist Democrat Party HATES gun owners and the Second Amendment with a passion — and they are determined to disarm every single one of us!

But they have a real problem here in Pennsylvania.

You see, the members of Pennsylvania Firearms Association have quickly become the dominant force in defeating gun-control bills introduced in Harrisburg, but you have also boot-stomped many gun-grabbers out of the State Capitol for even trying to advance gun control!

And not only that, but we have made big progress in recent months on Constitutional Carry and Second Amendment Preservation Act law as well.

To celebrate our success together and Independence Day, for the entire month of July, ALL new PFA memberships (or renewals) of $35 or more come with a FREE PFA T-Shirt and membership decal! 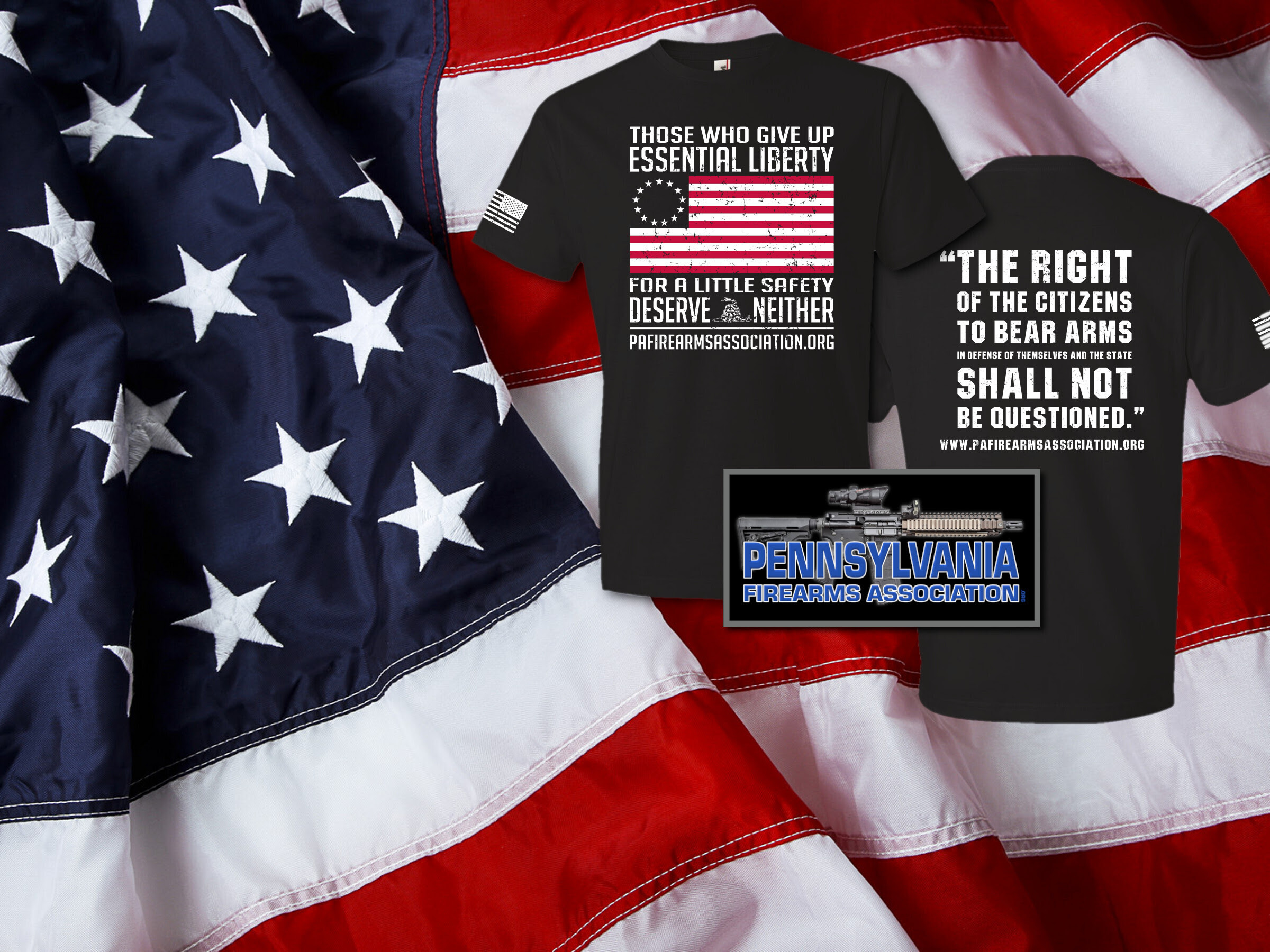 Pennsylvania Firearms Association is not like many organizations that work in the State Capitol.

We do not beg politicians for our rights. We don’t worry about getting ‘selfies’ with our favorite politician after hours at the bars on State or North 2nd Streets, either.

And we never betray our members in order to maintain friendships at the State Capitol.

That’s why Pennsylvania Firearms Association is becoming the most feared organization in Harrisburg, and all of this is due to our wonderful members who make this all possible!

If you want to become a member of Pennsylvania Firearms Association -– or renew your membership — there is no better time than now.

Again, each new or renewed membership comes with a FREE PFA T-Shirt and member decal, and we’ll ship it to you for free, too!

JOIN THE FIGHT FOR FREEDOM!

Remember, if you’ve joined up or are already a member, please make sure and send this to your friends and family too — and urge them to take advantage of this offer while they can.

We’re shipping out shirts every Friday, so act fast!